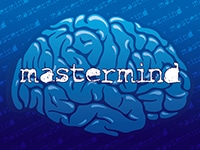 One could argue the original definition of a mastermind group, but 9 times out of 10, when someone in business today refers a mastermind group, he or she means a group of like-minded individuals who come together on a regular basis to help and support one another to grow their respective businesses.

Mastermind groups have been around since the beginning of time: the founding fathers of the United States were essentially a mastermind group; likewise Jesus and his disciples. The Greek king, Alexander the Great (356-323 BC) had a group of advisors as have most world leaders in history; these groups of advisors can be considered mastermind groups.

Andrew Carnegie, one of the most famous leaders of industry of the late 19th and early 20th centuries, and a Scottish immigrant who became the richest man in the world, believed participating in a mastermind group to be an essential ingredient for success.

Most often we hear the name of Napoleon Hill associated with mastermind groups. While Hill clearly didn’t invent the idea, he can certainly be given credit for promoting the concept of a mastermind alliance. Napoleon Hill was an American author, one of the first to write on the topic known today as personal development. In 1928, Hill published a study course called The Law of Success, based on his interviews (at the suggestion of Andrew Carnegie) over the course of 20 years with some of the country’s most successful men. One of the lessons contained within The Law of Success is… you guessed it… a mastermind group. Nine years later, Hill continued to expound on the topic of the mastermind alliance in his best-selling classic, Think and Grow Rich.

I currently belong to three mastermind groups, because I find them so helpful and beneficial to my business! One of them I pay to belong to, the other two are time commitments (and travel expenses for one of them) I strongly urge you to look at joining a mastermind group in your area. Or you could even start one yourself, as there is a lot of information on-line to help you get started.

If you live in the Portland, Maine area and would like more information on a joining a mastermind group that is starting at the end of September, please feel free to contact me atmandy@mandyschumaker.com or 207-653-6977 for more information.