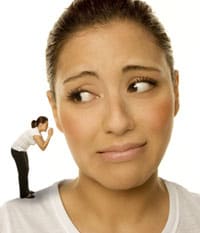 My eight year old son received a Lego set for Christmas that was intended for 10-13 year olds, so I knew it would be challenging for him. In fact, I wasn’t even sure he would start the project, having never followed the directions (which are really like books) that come with each set, rather just dumping them on the floor and making whatever he wanted!

So over the weekend, he decided to tackle the project, and by the second day was almost done putting it together and had promised his younger brother it would be completed by the time he got up from his nap. He so wanted to surprise his brother. But when he put the last pieces on, several of the pieces inside the structure came loose and the whole thing started to fall apart. He would repair it and something else would break. It was so frustrating for him and frustrating to watch!

Needless to say, his frustration level was so high at one point, he fell down on the floor in tears and cried, “Nothing EVER goes my way-EVER!” I tried to calmly explain that as frustrating as this situation was, it wasn’t true that nothing went his way, and if he continued to believe that statement, that was exactly what was going to come true. I asked him if he could take a deep breath, and say to himself, “I’m going to do whatever it takes to fix this and complete it today”.

He pulled himself up off the floor and with his mouth firmly set in determination, worked for over an HOUR putting his Lego set back together. And it did keep breaking again, over and over, but he worked and worked and finally got it. I was so proud of him!

So what are the beliefs that you are holding about yourself? You create your reality in every “I am (fill in the blank)”. How you see yourself on the inside dictates your outcomes because it dictates your actions and habits. “I am” beliefs define who you are. If you believe “nothing I do ever goes my way”, then that’s exactly what’s going to manifest.